The Arc of Chester County is closely monitoring the changing and evolving information regarding the Coronavirus (COVID-19) outbreak. We are working around the clock to ensure the safety and wellbeing of all those we serve in The Arc community. Our Program Directors are working closely with their teams to continue offering the uninterrupted services and assistance our population relies on, especially those with disabilities. We are following the directives issued by the Center for Disease Control (CDC), the World Health Organization (WHO), local health departments, and the Commonwealth of Pennsylvania. The Arc will continue monitoring advisories and government directives as they relate to the pandemic and keep you posted of any changes. Stay safe and be well. 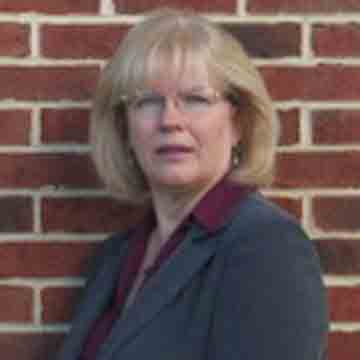 Jeanne Meikrantz has the privilege of being the Executive Director for The Arc of Chester County, and is responsible for strategic planning and the overall management and operations of the organization.

A graduate of Kutztown University, Jeanne has nearly four decades of experience working with individuals with disabilities and their families, and caregivers. Her experience began with volunteering at Pennhurst in 1978, followed by working as a direct support professional. She quickly advanced to working in multiple service settings in positions of advocacy, management, administration, funding, policy and operations in both the nonprofit sector and government positions.

Born and raised in the Philadelphia region, Jeanne enjoys time with her incredible and diverse family, watching the Eagles, traveling up and down the east coast, and loves being a grandmother. 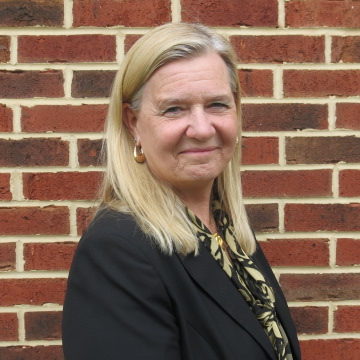 Jodi Dill, M.Ed, is the Director of Advocacy at the Arc of Chester County.

She graduated from West Chester University with a Master in Education specializing in Secondary Counseling.

Jodi started her career as a case manager in Spring City, Pa just as Pennhurst was starting the process of deinstitutionalization. This gave her the opportunity to work with children and adults with intellectual disabilities as well as those with mental health backgrounds.

She continued her career as a therapist and as an administrator, opening programs and schools for children with autism, behavior challenges, mental health and intellectual disabilities.

Jodi enjoys her position at the Arc of Chester County in the advocacy department. She appreciates working with a dedicated team of advocates who work hard to make sure that all who ask for help receive the supports needed to enjoy life.

She is married with one adult daughter who lives in Puerto Rico. There are no grandchildren…Yet 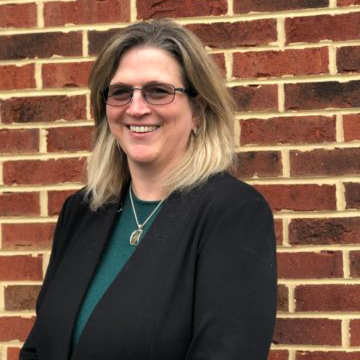 Robin Fryberger, Director of Administration, has worked for The Arc of Chester County for over 25 years.

Starting as a part-time Fiscal Assistant processing Payroll and Accounts Payable, Robin has served in many capacities during her time at The Arc, learning all areas of administration and adapting with changes to the state and local levels as it relates to billings and accounts receivables.

Robin is married and has two children. 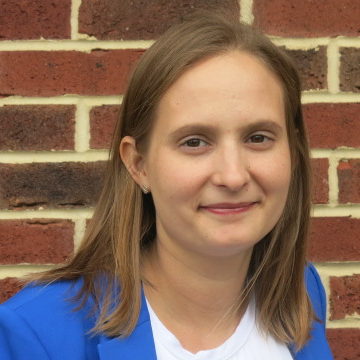 Sarah Kuser, M.S. is the Director of Children’s Early Learning Services and Programs.

She started her career in early childhood working as a support teacher and teacher in community childcare and preschool programs.

Sarah graduated from Kutztown University of Pennsylvania with a degree in Special and Elementary Education.

She was the special education and general education teacher in an inclusive preschool classroom. In addition, Sarah provided supports to families in the Birth to 3 program, was part of the evaluation team, developed curriculum and coached staff.

Her passion drove her to want to specialize in early intervention and autism. She combined two certificates to make up a Masters in Special Education from Johns Hopkins University.

In an effort to support families and providers, she completed research in play to develop a program that advances play skills and play opportunities.

Sarah helped to start a new school that was specifically designed to help children with autism progress.

Sarah came to The Arc of Chester County in May 2017. 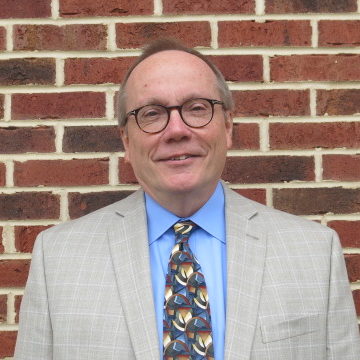 Gary Johnson-McNutt is the Director of the Agency With Choice program.  He has more than 30 years of experience in leadership of human service organizations in the greater Philadelphia area, dedicating his career to the advancement of the community inclusion movement.  He is a graduate of the University of North Carolina at Chapel Hill (BA, ’77), and he received a Master’s Degree in Human Organization Science from Villanova University in 1988.  Prior to joining the team at The Arc of Chester County in 2014, Gary was employed by the Office of Developmental Disabilities in the Southeast Regional Office.  He and his wife Debbie have made their home and raised their three children in Norristown, PA. 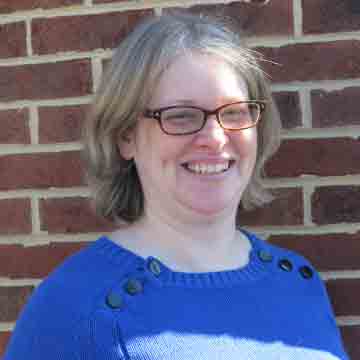 Janet Schneider began working at The Arc of Chester County in January 2012 in the Agency with Choice Department. Over the next few years, Janet assisted with payroll, billing, utilization, and supporting families as they used their services or wanted to enroll in Agency with Choice.  In March 2016, Janet joined the Management Team serving in her new role as the Director of Quality and Compliance, where she oversees the Safety and Quality Enhancement Committees, prepares for agency audits/monitorings, reviews qualifications, policies, and procedures for compliance with regulatory requirements, and assists with the development of the agency training curriculum. In June 2016, Janet was recognized as the Employee of the Year.

Prior to working at The Arc of Chester County, Janet worked in several positions supporting people with disabilities. She was a teacher’s aide during the summer session for 4 years in Delaware where she assisted in the 2nd grade and the college programs. In 2001, Janet graduated from Saint Joseph’s University with a Bachelor’s of Science in Elementary/Special Education. Over the next eight years, she taught students in grades 1-5 in Maryland and then taught students in grades K-11 in Pennsylvania. Then, Janet worked as a Direct Support Professional supporting adults with intellectual disabilities.

Starting in high school and continuing for about the next fifteen years, Janet volunteered as a Unified Partner in Delaware Special Olympics where she was recognized twice as Unified Partner of the Year.

Janet lives in Chester County with her family. 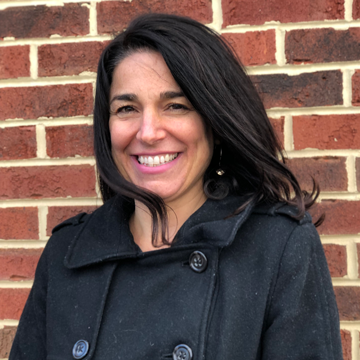 Karen has over 18 years of experience in the financial industry including business development, mortgage origination, branch and call center management, coaching, training and supervision of personnel, budgets and operations. In addition to her professional experience, Karen serves on the Home of the Sparrow Board. She lives in Downingtown with your husband and three children. Karen brings a positive attitude and a strong sense of accountability and responsibility to everything she does, whether in the workplace or in her community. 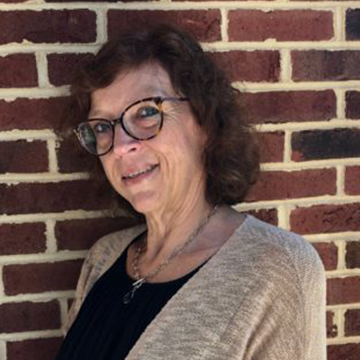 Lisa has a deep rooted history with non-profits, touting more than 30 years in the business.  She has run the gamut in working with people who experience developmental disabilities including residential, adult day programs, employment and community participation.  Some of her favorite things on the job are hiring and training new staff.

When not at The Arc, Lisa enjoys trips to Ocean City, MD and spending time with her family.  She is a member of Keystone AMBUCS and a member of the Advisory Board of Meals on Wheels (Montgomery County.)  Lisa also volunteers at Mission First, a program of Cedarville UMC, which supports those less fortunate with a helping hand. 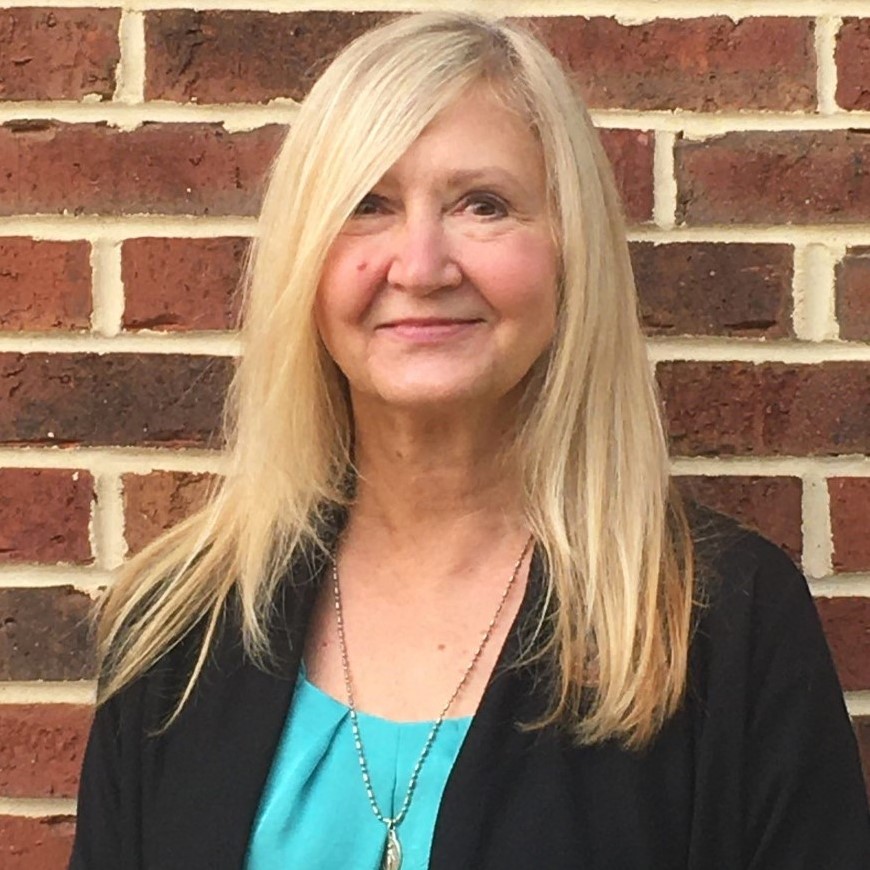 Rita Mandik is a graduate of Immaculata University.  She has worked in the field of Intellectual Disabilities since 1980, beginning her career in direct care and moving up to a variety of programmatic and administrative positions through the years.  Rita has been involved with supported employment, her passion, since 1995.

Rita has her CESP (Certified Employment Support Professional) and ACRE (Association for Credentialed Rehabilitation Educators) certifications, and has written and led multiple grant projects during her career.   She is a member of APSE, Association for People Supporting Employment First, and has given presentations on supported employment on both the state and national level.

Rita came to the Arc in the Fall of 2017, and took on the role of Director of the Arc’s Comprehensive Employment Services in July of 2019.